We are very excited to present the cover reveal for The Year’s Best Weird Fiction: Volume 4, edited by Helen Marshall and Michael Kelly. Weird fiction is a diverse and eclectic mode of literature, and we are excited to see varying viewpoints. Along with up to 125,000 words of the finest strange fiction from the previous year, each volume will include an introduction from the Guest Editor, a foreword from the Series Editor, and  a short list of other notable stories. The book will be available in trade-paperback and eBook. 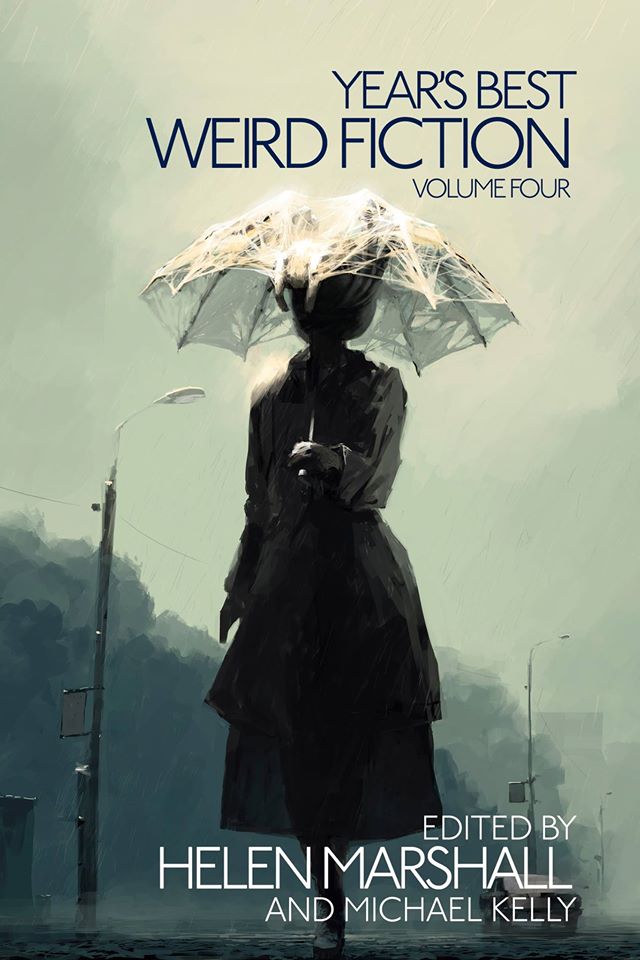 What is weird fiction?

The simple answer is that it is speculative in nature, chiefly derived from pulp fiction in the early 20th century, whose remit includes ghost stories, the strange and macabre, the supernatural, fantasy, myth, philosophical ontology, ambiguity, and featuring a helping of the outré. Weird fiction, at its best, is an intersecting of themes and ideas that explore and subvert the laws of Nature. It counts among its proponents older and newer writers alike: Robert Aickman, Laird Barron, Charles Beaumont, Ambrose Bierce, Octavia Butler, Ray Bradbury, Angela Carter, Neil Gaiman, Shirley Jackson, Kathe Koja, John Langan, Thomas Ligotti, Kelly Link, H. P. Lovecraft, and many others.

Weird fiction is not specifically horror or fantasy. And weird fiction is not new. It has always been present. That’s because it isn’t a genre, as such. This makes the prospect of defining weird fiction difficult, and perhaps ill advised. Weird fiction is a mode of literature that is present in other genres. Weird tales were penned long before publishers codified and attached genre labels to fiction. You can find weird fiction in literary journals, in horror magazines, fantasy and science fiction periodicals, and various other genre and non-genre journals and anthologies that are welcoming to speculative fiction of the fantastique.

Year’s Best Weird Fiction aims to reprint the best works which were originally published in 2016. As part of this process, World Fantasy Award-winning author Dr. Helen Marshall has invited MA and PhD students at Anglia Ruskin University and others to “job shadow” her in the process of reading this fiction. Each semester, students have been invited to peruse approximately forty or so short stories selected by the Series Editor and then to debate their inclusion in the volume.

For more information on job shadowing and how to join in, go here.