Michael Dirda is a Pulitzer Prize winning book columnist for The Washington Post as well as a contributor to The New York Review of Books, The Times Literary Supplement, and many other periodicals. He will join John Clute, an author and critic specializing in science fiction and fantasy literature, in conversation on the nature of literary criticism within the contemporary publishing industry. 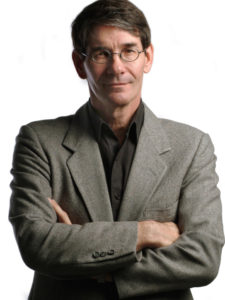 Michael Dirda is a weekly book columnist for The Washington Post as well as a contributor to The New York Review of Books, The Times Literary Supplement, and many other periodicals. He is the author of a memoir, five collections of essays, and a prize-winning book about Arthur Conan Doyle. Dirda graduated with Highest Honors in English from Oberlin College and received a Ph.D. in comparative literature from Cornell University. He was awarded the 1993 Pulitzer Prize for criticism.

John Clute was born and raised in Canada, lived in the United States for nine years, moved to London in 1969, where he remains. He has published some short fiction and two novels, the second of which, Appleseed (2001), is sf; it was a New York Times Notable Book. Starting in the early 1960s he has published many book reviews and essays, assembling them in revised form in six volumes, beginning with Strokes (1988), most recently Stay (2014); a seventh, Inherent Gaze, is forthcoming. His friendship with Michael Dirda began when Michael asked him to review for the Washington Post in 1980. Initially with Peter Nicholls as general editor, now with David Langford, he has edited and written The Encyclopedia of Science Fiction since the first contract was signed in 1975; now almost 5,500,000 words long, it is avai 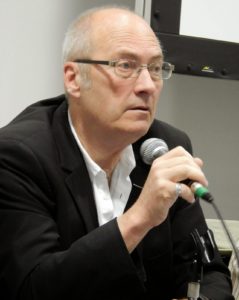 Clute’s awards include several Hugos. For his critical work, during the course of which he’s speculated widely but without academic credentials in the theory of fantastika, he won a Pilgrim Award in 1994, an IAFA Distinguished Critic Award in 1998, and a Nebula Solstice Award in 2012. He is an Honorary Fellow at Anglia Ruskin Univerity.