Call for Papers: Shakespeare and Science Fiction (Due 6 October) 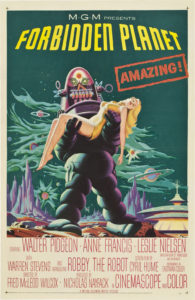 Despite science fiction’s associations with modernity and popular culture, it seems haunted by the literary canon. Shakespeare, in particular, has had a significant influence on the genre. Many texts and films rework or allude to Shakespeare’s plays. A well known example is Forbidden Planet (1956) which reimagines The Tempest in space. More recently, Iain Pears wove plot strands from As You Like It into the complex triple narrative of his novel Arcadia (2015).

Shakespeare has appeared as a character in many science fiction texts. Often in these he becomes a kind of touchstone for humanity – In the Doctor Who episode ‘The Shakespeare Code’ (2007) the Doctor refers to him as ‘the most human human there’s ever been.’ His plays sometimes have the power to prove that the earth should be spared from alien wrath – at other times they represent a consolation for the scattered remnants of humanity after a terrible catastrophe.

Over the decades writers have repeatedly been drawn to encounters between Shakespeare and non-humans – robots, aliens, post-humans – imagining their possible responses to his work. Science fiction has also had an impact on the way Shakespeare’s plays have been adapted and performed. In his 2016 BBC production of the play, Russell T. Davies transplanted A Midsummer Night’s Dream from ancient Athens to a dystopian future.

Papers are invited for a one-day conference on all aspects of the intersection between Shakespeare and science fiction. Proposals are welcomed from researchers at all stages of their career, including postgraduate students, independent scholars and creative writers.

Please send a 300 word abstract and a CV to sarah.brown@anglia.ac.uk by Friday 6 October 2017. 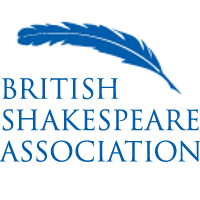