Of Monsters and Zombies: The Girl with All the Gifts Event

Over fifty people turned out for the Centre for Science Fiction and Fantasy’s free screening of The Girl with All the Gifts, a 2016 post-apocalyptic, zombie horror movie starring Gemma Arterton, Glenn Close, and newcomer Sennia Nanua as the protagonist and titular character, Melanie. M.R. Carey wrote the novel and the screenplay at the same time, an unusual occurrence in the cinematic and literary worlds. Both the novel and the screenplay were nominated for several awards, including the Arthur C. Clarke and British Fantasy Awards and a BAFTA.

During the Q&A after the film, conducted by Dr. Helen Marshall, Carey explained his process while writing both works at the same time. Doing so allowed him to explore different avenues of the story, experimenting with what techniques work best in a film medium and which work better in a novel format. Carey spoke about how the novel allows a writer to plumb the depths of other points of views. Yet in order for the movie to work it had to be all about Melanie. “The book is about interiority. The movie is about the world,” said Carey, leading the conversation towards the twist of the story. 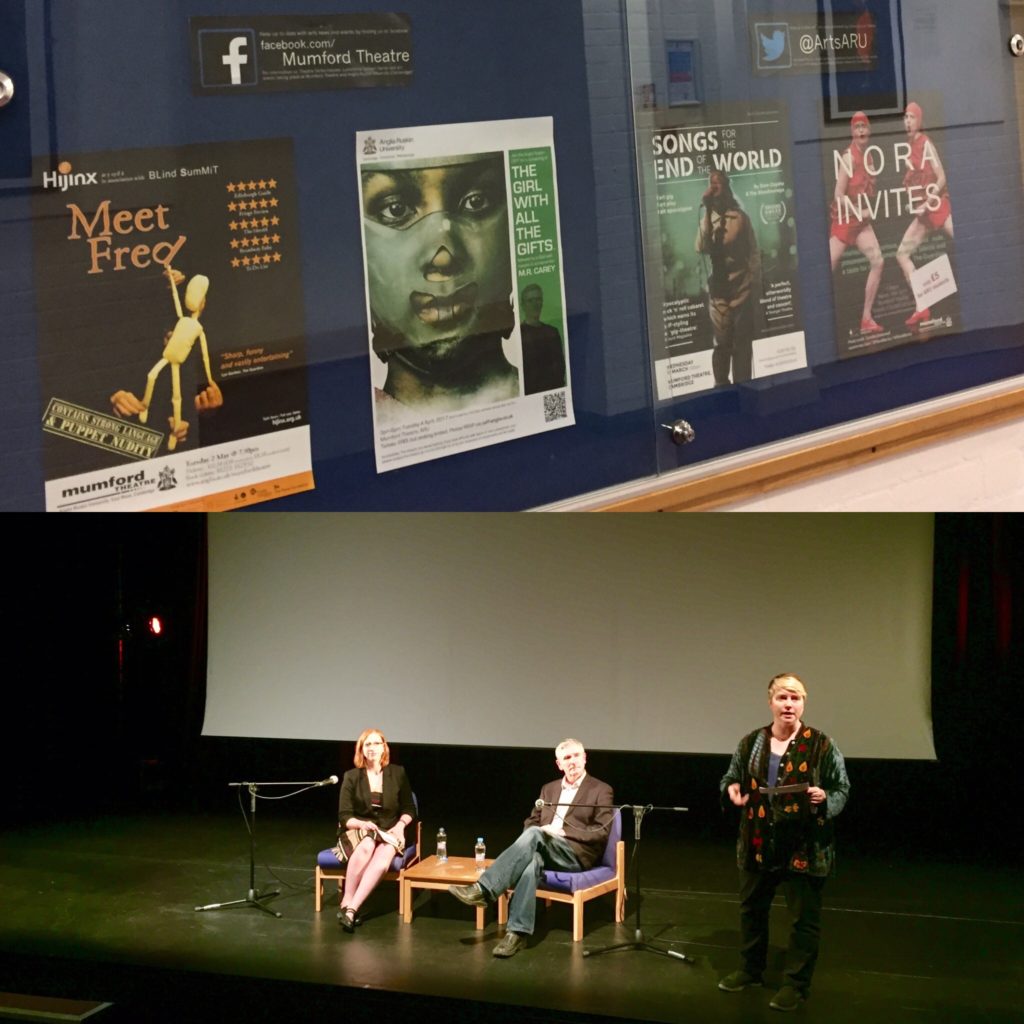 SPOILER ALERT: In both mediums Melanie chooses to activate the next evolutionary stage of the cordyceps fungus that has turned the human population into the zombie-like Hungries. However, unlike in most zombie stories, the next stage of this apocalypse means that the children of the Hungries, like Melanie, inherit the world as well. Carey said that this choice to destroy the world in order to remake it was the “logical choice about who inherits the world.” When Melanie decides to burn the fungus pods, it becomes a symbol of children growing up and learning to navigate the world of their own generation.

Dr. Marshall asked Carey about the future of horror movies and about how we tend to recycle monster stories. While the literary and cinematic worlds have moved from vampires to zombies, both agree these repetitive phases are archetypal yet refreshing. Marshall asks Carey, “Are we going to leave zombie movies behind (soon)?” Carey’s reply was that “classic monster (stories) endure because they tell us about ourselves.”

Before turning to questions from the audience, Carey also said this regarding the current cultural fascination with zombie stories: “Zombies remind us of how contingent we are … but fiction goes forward.”

Questions to Carey included how much of the cinematic process he was involved with. Carey admitted he was on set a lot, which is unusual for screenwriters, and even cameoed as a Hungry at the beginning of the film that got its head blown off. Carey described how the production team used drones to capture footage from towns outside Chernobyl to show a world that “doesn’t have human stewardship anymore.” When asked about similarities to other zombie stories that have begun to use fungi as the cause of a zombie infection instead of a virus or bacteria, he admitted that sometimes pockets of trends tend to appear in movies and fiction around the same time. But Carey also bragged that he “was doing apocalyptic mushrooms before it was cool.”

The Centre for Science Fiction and Fantasy at Anglia Ruskin wants to thank M.R. Carey again for his appearance and amazing Q&A. Thanks also to Dr. Tiffani Angus for arranging the event with Carey and Anglia Ruskin’s Mumford Theatre. We would also like to thank the volunteers and attendees for making this event a success. 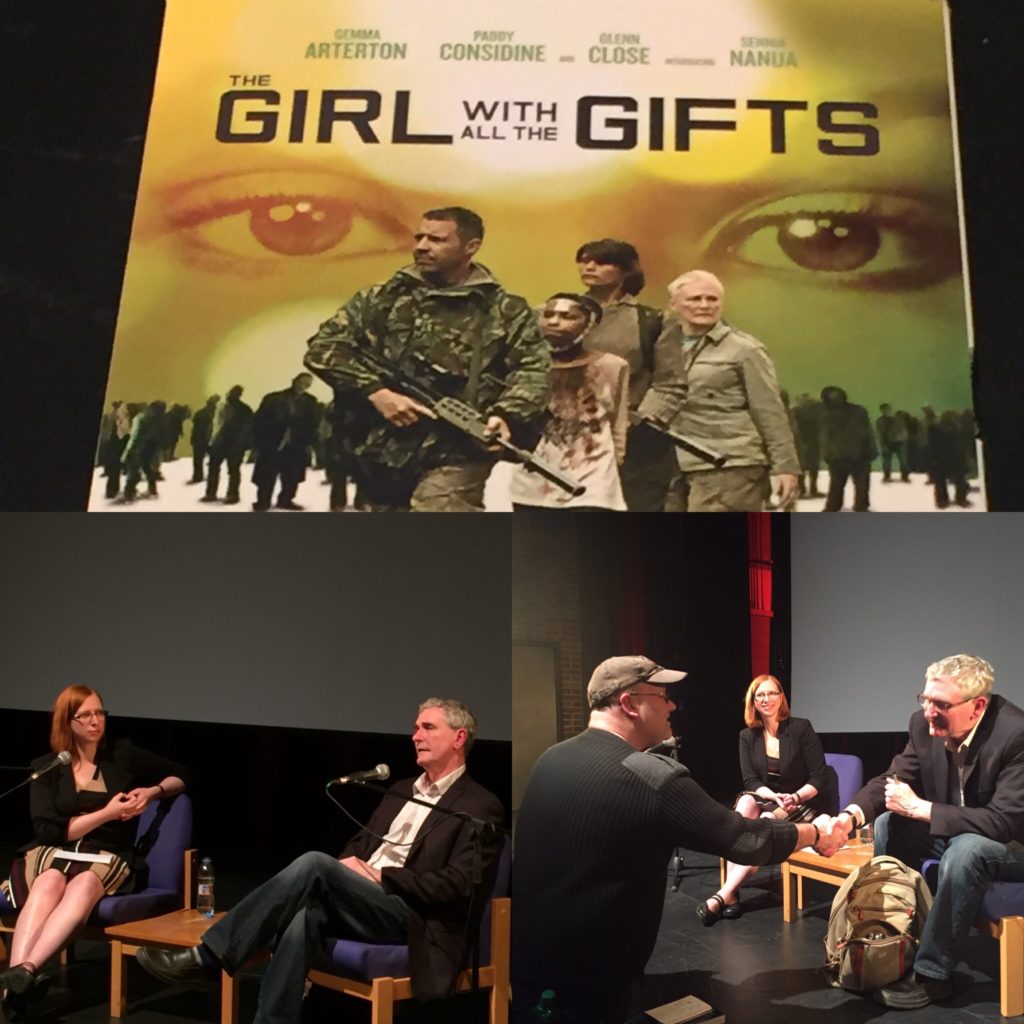